We suppose most of you ends sailing season. Let’s say 2014 was a good one!
Some members asked us to schedule our Wintermeeting as soon as possible.
Well, here it is: Wintermeeting Saturday 21st of March 2015.

Celebrating 50 Years Alcyone Circle at Hindeloopen in June, we launched the crazy idea to organize next Wintermeeting at the historical shipwarf of Haiko van der Werff at Buitenstvallaat nearby Drachten, shipbuilders for almost 300 years!
Caecilia, Harmonie and within some weeks also Majella,  are in restauration there, so that must be a perfect entourage for all of us to meet and greet.
Our brandnew member Casper Pronk from Groningen, owning Alcyone II (Max  designed this yacht as a prototype for himself in 1957), has a professional Catering&Cooking business and we will ask him to do the catering with the help of us. Marten and Mieke (Alcyone I Banckert) already signed in for a helping hand.
But we need more hands to clean up one of the sheds at the warf, installing dinningtables, chairs and gasheaters to organize this special event.

In case that winterweather really make this plan impossible, we will arrange a smooth and cosy place in Drachten (Grand café-Restaurant ’t Smelnehûs) and visit the warf earlier in afternoon around 16.00 hours.
Before dinnertime Rienkje show us some filmfragments and will tell the interesting story about her quarter million restaurationproject of the skûtsje De Jonge Trijntje from 1909 that Haiko van der Werff almost has finished then.
Two kids of Dominic Carter&Maaike Liebert (Majella) where witness to a very special event when at 15th of August 2014 we cut two hundred years old trees in the woods of baronesse Van Harinxma thoe Slooten in Beetsterzwaag for the mast of the skûtsje. They keep warm memories on the invitation of her husband duke De Marchant et d’Assembourg to toast with Frisian Beerenburg in their landhouse after the ceremonie in the woods. It shows that to be a member of the Alcyone Circle will bring you everywhere and also a lot of reuring!

Please confirm if you (with number of dinning guests) will join Wintermeeting in Buitenstvallaat or Drachten, so we can make concrete plans to meet again and discuss plans for a Rally that summer to England, Sweden or Balearen. 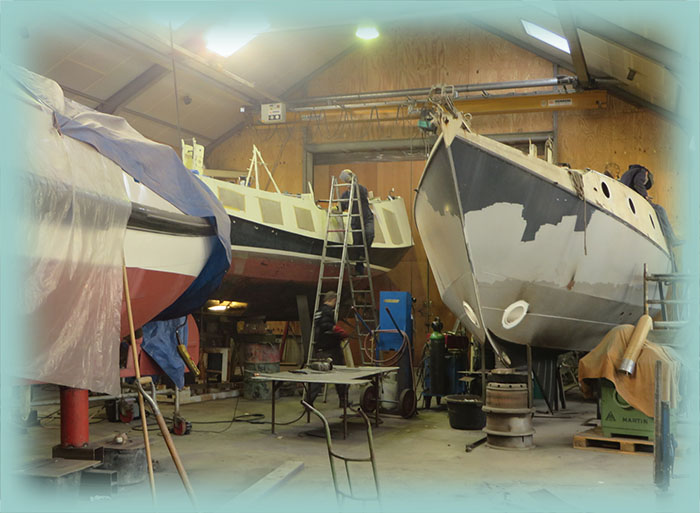